The new L&PS (London & Port Stanley) station is a replica of the original that was torn down in the 1960s. It was built by the St. Thomas-Elgin Home Builders Association originally for the International Plowing Match.

Thanks to a donation from the Dorothy Palmer estate, the City of St. Thomas was able to set up the station at its new location (or old location!) downtown.

In addition, tracks were rebuilt connecting the rail lines from downtown St. Thomas to Port Stanley and park space was developed along the tracks for public use.

Within the station lives Railway City Tourism, conducting year round operations so St. Thomas can continue to showcase its unique rail heritage and truly live up to the name of "Railway City".

From the St. Thomas Times Journal and Relish Elgin
VISIT US! 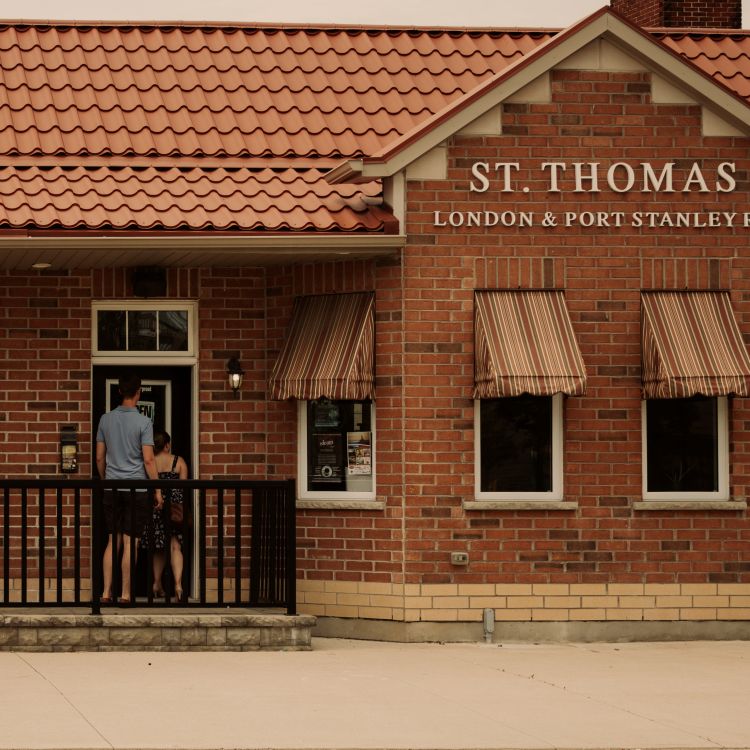 The train occasionally runs from the L&PS Station for Special Events. Stay tuned to our social media channels and events page for details. See our TRAIN FAQs  for more info on the train in St. Thomas.